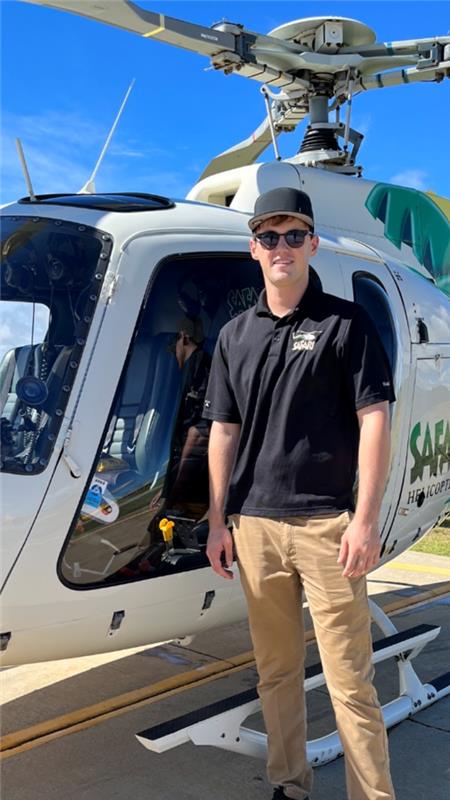 Micah has been flying helicopters in Hawaii since 2019. Originally from Colorado, Micah moved to the Big Island to compete his flight training. However after finishing flight school he found it very hard to leave and decided to remain on the Big Island to start out his career as a flight instructor.

This allowed him to gain knowledge and experience while flying all around the beautiful islands of Hawaii. Eventually Micah became a tour pilot and as soon as he got the chance he moved to the island of Kauai. Flying is only half the fun of the job for Micah, sharing the beauty and history of Hawaii is something that never gets old.